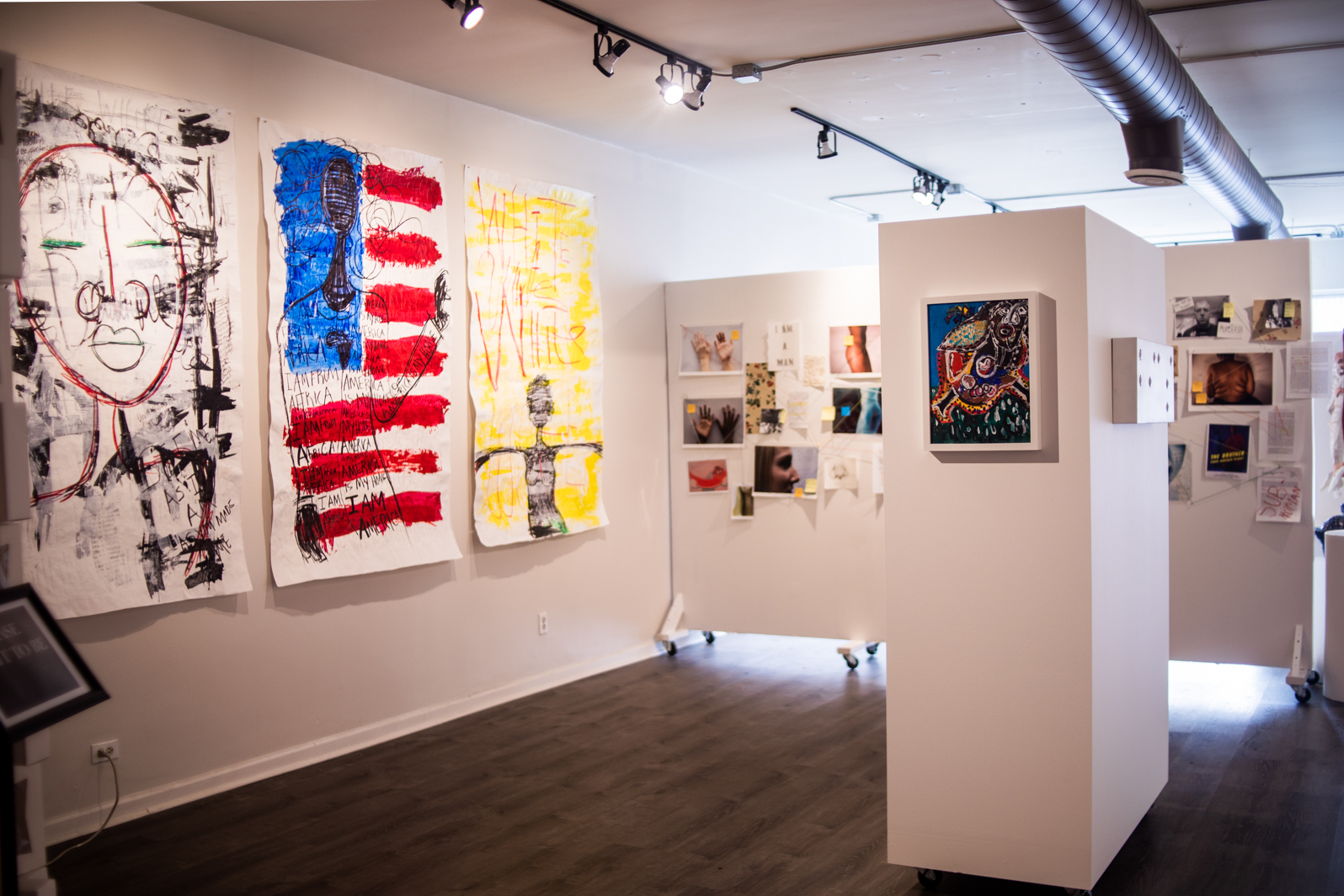 Race! It’s a sticky topic that many want to shy away from. Systematic racism is just as American as apple pie. It has been engraved into the very founding of this country and while we’ve overcome and overturned a lot of things, we still have far to go.

Unraveling Racism: Seeing Whiteness is the latest exhibition to open at the Norwest Gallery of Art on Grand River. Curated by Laura Earle, the gallery features 20 local artists, both Black and white. Earle was moved to create this project after seeing a large racial slur plastered on an Eastern Michigan University building outside of her studio window. “I thought we were all over this,” she said.

That’s when she decided to take a deep dive into exploring whiteness as it relates to systematic oppression and start a conversation between artists. A friend of hers said she should listen to the Scene on the Radio podcast from Duke University. She used the series entitled “Seeing Whiteness” as the foundation for the art exhibit. Her initial reaction to the podcast was “devastating.”

“I had to take a break for several months because it hurt so much,” she said as she fought back tears. “It hurt to know I was complicit and I couldn’t undo it. It’s so hard to shake it all off.”

The exhibit is set up as a journey through the conversations between the artists. Earle says in the beginning, it was hard and awkward to talk through the issues because the artists weren’t familiar with each other. One of the very first pieces in the gallery is a flag created by eggshells. 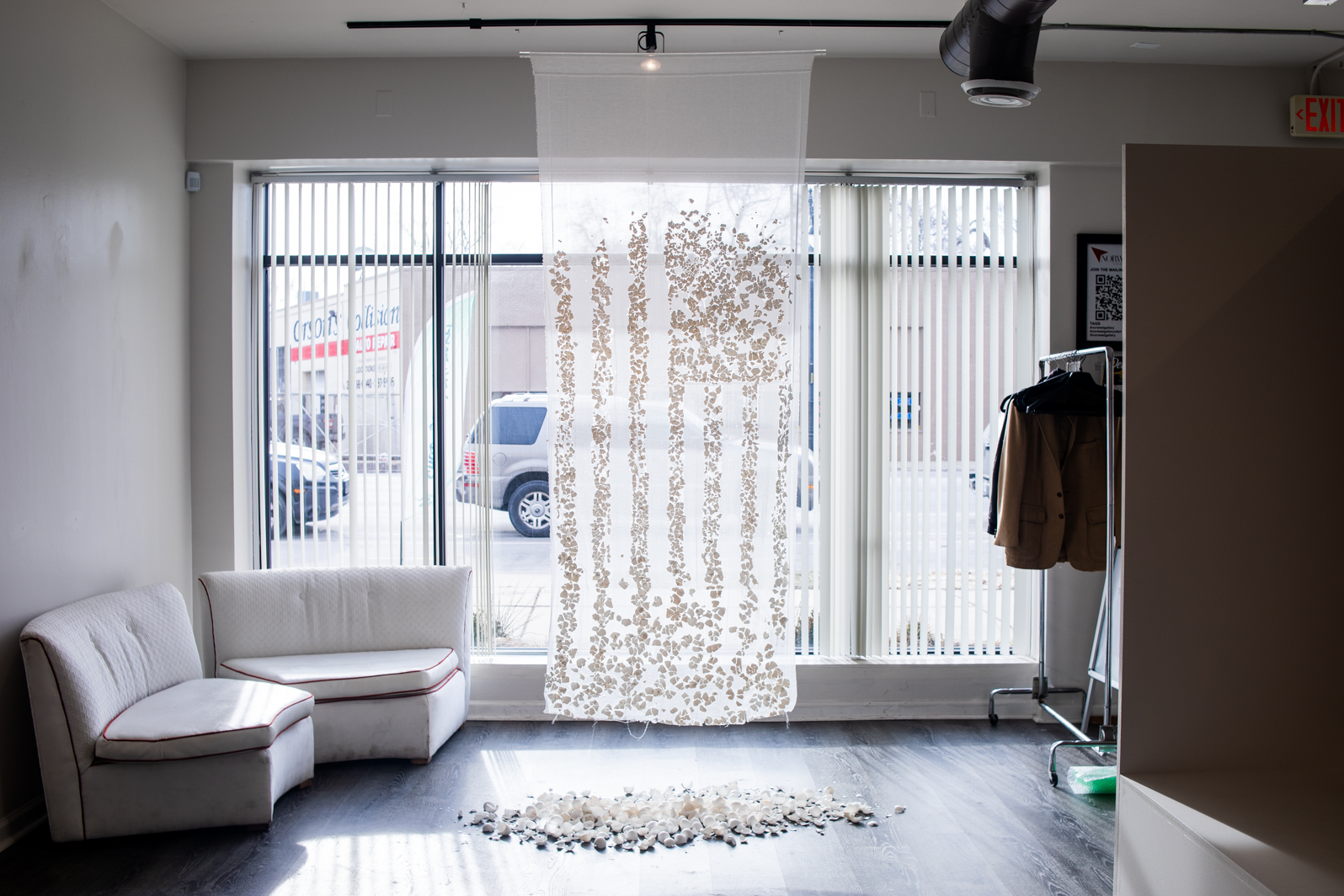 “I felt the need to try to push through some of the separation and to try to build meaningful connections and relationships,” Earle said.

One of the artists featured in the gallery is Donna Jackson. She has three pieces in the show exploring how whiteness envelopes the daily lives of Black people, the dueling identities of being American with African roots and the beauty of Blackness.

Like Earle, Jackson’s initial reaction to the podcast was anger, but she also felt enlightenment. “Enlightenment isn’t always this ‘ahhh’ moment,” she said. “Enlightenment is knowing and then what are you going to do with knowing. There’s racism all around the world but American racism…they did top notch work on that.”

Jackson explained that she was excited to do the work and have the conversations about how racism affected her life but was shocked when she learned the origins of racism and whiteness.

“Someone somewhere made a decision that because of what I look like, where I came from that I was less than! Then they created a whole institution, structure and system to keep me in place so that they can have a life that they wanted,” she said.

Throughout the process, Earle and Jackson both stated that the artists leaned on each other for support and that it shows as you move through the exhibit. 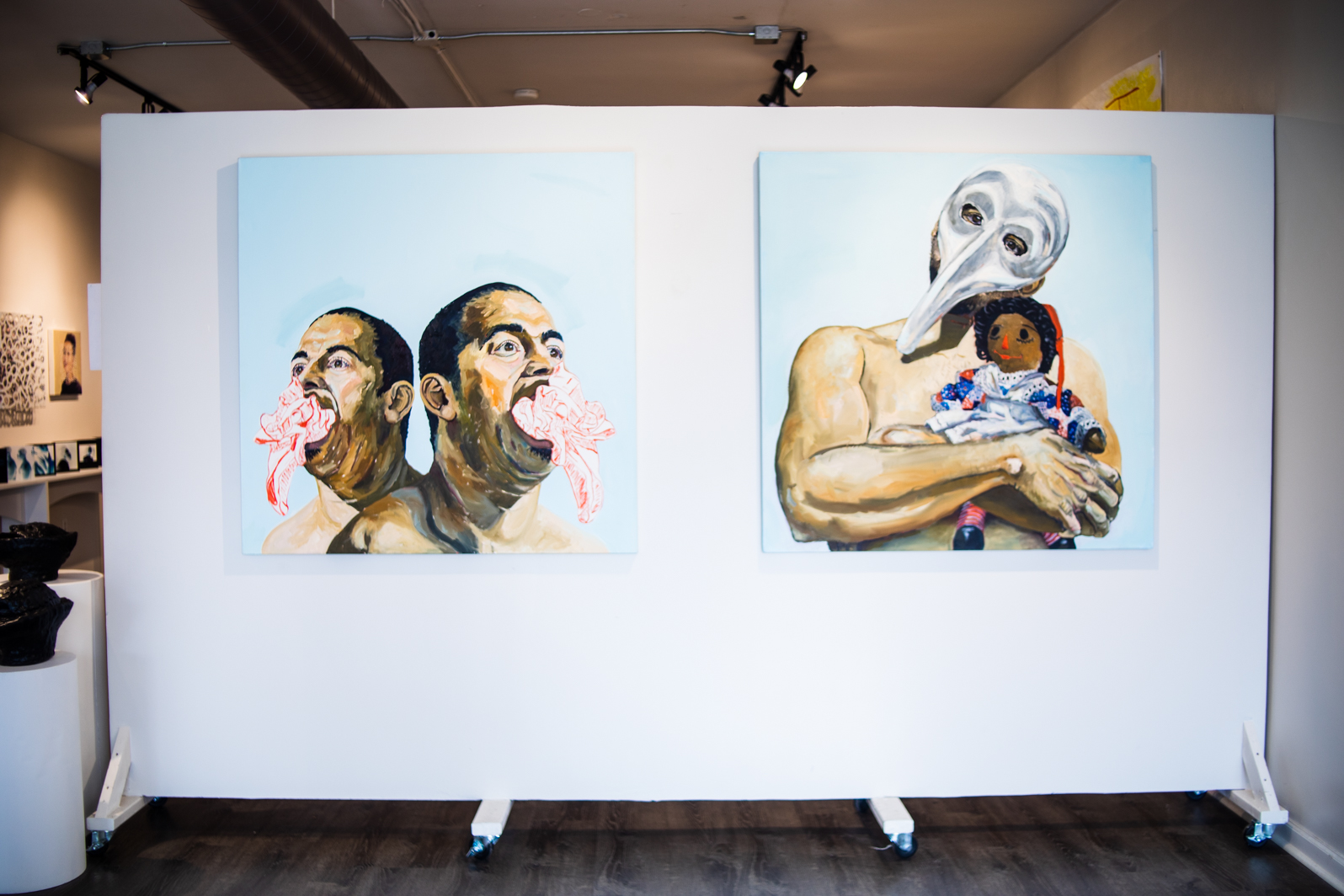 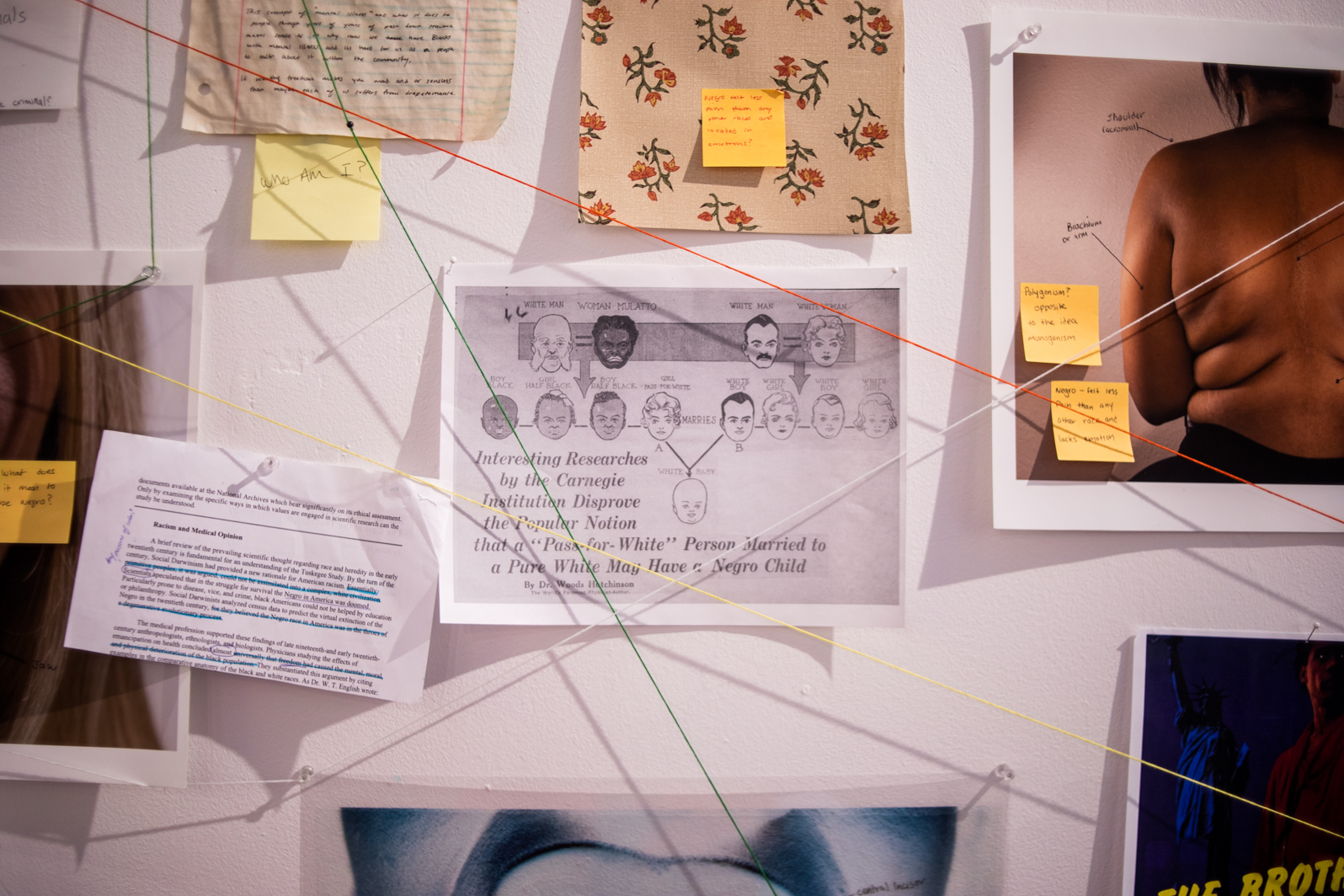 “You can tell someone is learning compared to someone feeling and the difference is seen in work,” Jackson said.

Norwest owner Asia Hamilton was more than excited to help Earle bring her vision to Detroit. “I was like ‘YEAH let’s talk about this’ because you have a lot of things on your heart and this is an opportunity to tell white people what you really feel,” Hamilton said.

As one of the only Black people in her photography courses, Hamilton didn’t even notice how race was affecting her career decisions. “This is an opportunity to discuss race in-depth,” Hamilton stated. She is glad the show is during the month of Dr. Martin Luther King Jr.’s birthday – an honor to the legacy of uniting people of all backgrounds.

“Whiteness is not about your skin color. It’s about this experience that has been developed to keep people in very horrible situations,” Jackson said.

Unraveling Racism: Seeing Whiteness is on display now at Norwest Gallery of Art (19556 Grand River Ave.) until Feb. 2. Visitors will get a chance to get inside the minds of the artists’ during panel discussions on Jan. 19 and Jan. 20. For more information on the exhibition, visit www.norwestgallery.com