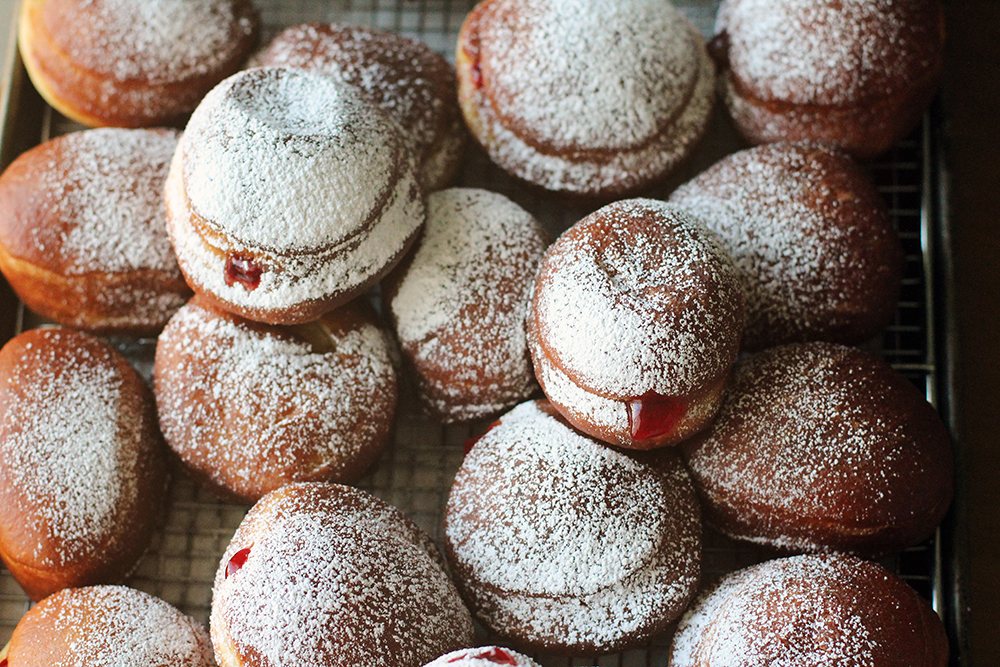 Paczki, but with a Southern twist

All hail this day of gluttony, otherwise known as Paczki Day here in the Motor City.

The Polish tradition of Fat Tuesday, carried over to this side of the pond by Poles who settled on the east side and in Hamtramck, stems from families who rushed to rid their homes of baked goods ahead of Lenten season. Most people refer to them as jelly doughnuts but they are so much more. (And please, please don’t forget that paczek is the singular and paczki is plural.)

Through the decades, Detroiters have put their own spin on the fried delight, so this year we’re checking in with April Anderson, owner of Good Cakes and Bakes located on the Avenue of Fashion. The bakery is jumping into the Detroit tradition with flavors and cooking methods – hers are vegan – outside the norm

“Red velvet and sweet potato pie are southern, African-American desserts, so I wanted to make sure I brought in some of that culture to it,” she says.

Bonus points have been rewarded to GCB for also offering each flavor in a vegan option. “We wanted to give vegans an option to have paczki today,” she said. “It’s just a way to indulge in some sweets and not feel guilty about it.”

Here at The Neighborhoods, we’re officially giving our seal of approval to the red velvet, lemon poppy seed and sweet potato paczki. But you’ll have to hurry to GCB to get yours.