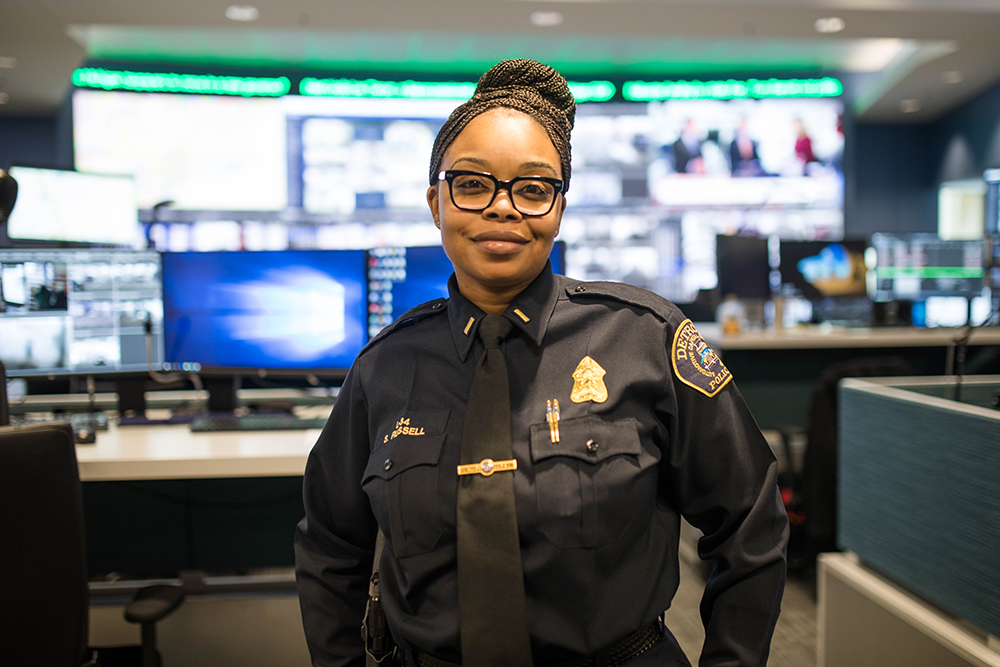 The center looks like it came straight out of a movie. Rows of agents face ahead to monitor five separate screens at their stations, the entire front wall of the room is covered in large screens that flicker with different camera feeds every few minutes, and a scrolling LED news ticker delivers updates from the Associated Press and Reuters. An automated announcement comes over the loudspeakers. This is the 24-hour Real Time Crime Center, far from Hollywood at the Detroit Public Safety Headquarters on the outskirts of downtown.

“The difference between us and a fusion center is that we’re not on the state level. All the products that we have here are on the same level as being a fusion center with counterterrorism, with the statistical data, with the crime patterns and trends, with the camera footage,” she said. “That’s what’s unique about us, we got everything right here, and a lot of real time crime centers don’t have that. We’re able to do all the things that a fusion center can do.”

The Crime Intelligence Unit, dumping cameras, and Project Green Light make up the bulk of the crime center’s feed.

Project Green Light is a considerable portion of how they track crime in the city, using their “hot list” – the area around a recent crime – as a way to prioritize where they should be monitoring and focusing their efforts in order to prevent crime.

Before, the program was getting notifications by phone and email from their communications department. With Project Green Light, they already have the location. “The whole idea is to be proactive and not reactive,” Russell said, adding that everyone will get coverage from the project but that it does help officers monitor as needed.

Stats are done daily to weekly, and the officers are able to map the statistic of high-risk crimes like narcotics and breaking and entering.

The screens on the front wall are feeds from Project Green Light locations and dumping cameras. One analyst scrolled through Twitter and other social media to check for any threats or mentions of crime. Next to him, was Steven Criuckshank, an intelligence specialist with the Counterterrorism Threat Analysis Team. He showed our team a video of a shooting last November that was captured on the Project Green Light cameras.

The video was graphic: two men approach a woman on a street with guns drawn, and the woman points up to the camera as if to caution them that they’re being watched. She drops her purse and tries to run, but is shot in the leg and falls. The men drive off. 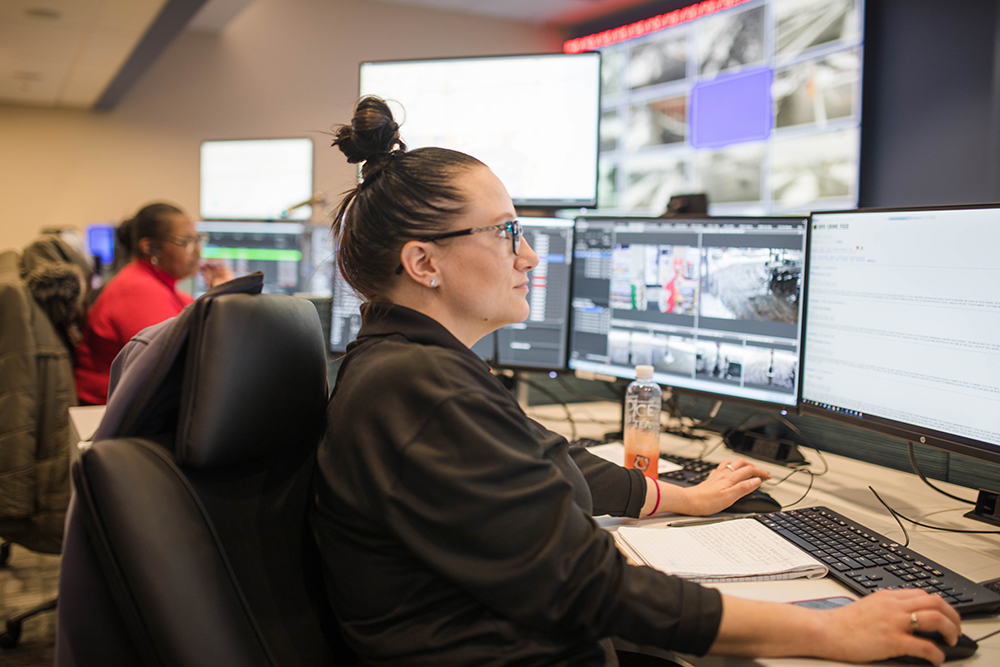 “The whole idea is to be proactive and not reactive.”

“Because we had (the camera) up, we were actually able to notify a scout on the street who was able to actually flag this car down, made an arrest, and recovered the weapon,” Criuckshank said. “They had them all within a couple of hours.”

The woman survived and was able to testify in court.

Although this particular story ended with justice for the survivor, the images of violence still linger. “Our unit is a mixture of police officers and civilians,” Criuckshank said. “I’m one of the civilian employees. After you see things over and over again, you kinda compartmentalize (what you’ve seen.)”

Where the dumping cameras and Project Green Light notify officers where the crime scene is, the Crime Intelligence Unit works behind the scenes doing intensive background check, lien checks, and more to narrow their suspect list. “We find out who everybody is,” Russell said. “We’re able to put it all into a nice little work-up and disseminate that information to the department.” This minimizes the amount of work officers in the field have to do.

Crime Analyst Breanna Lingo has been with the department since 2015. She works with crime intel and Project Green Light tracking violent crime, assisting other precincts in the city, identifying suspects and crime hotspots, monitoring crime trends or patterns, and city statistics.

She said that the center now operates much faster than it did when she started with a stationary center with just two screens to monitor the city. “It was very small, very close-quarters,” Lingo said, and says now that there’s more analysts the program is “getting communication with and notified by all agencies up river, downriver, north of Detroit, federal agencies.”

Amidst some civilian concerns about constant surveillance, Lingo prefers to see a bigger picture. “If you were a victim of crime one day,” she said, “There could be an extra eye watching to really help.”